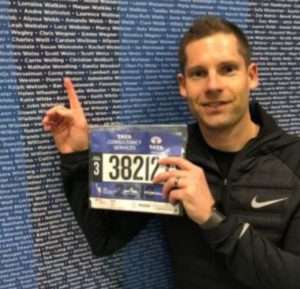 From four-time intern to vice president of land acquisition for the Northeast Corridor division, Corey Wescoe has accomplished a lot in his 14-year career at PulteGroup. He’s accomplished so much, in fact, that he was recently honored as one of Professional Builder’s ‘Forty Under Forty’ for 2019.

This national honor recognizes top leaders among the next generation of home builders, developers, designers, researchers and sales professionals who are innovators in their industry and active in their communities.

At the age of 37, Corey was selected for this honor not only because of his impressive career at PulteGroup, but also for his support of the homebuilding industry in New Jersey.  In 2012 he was elected the youngest president ever of the regional Shorebuilders Association of Central New Jersey. Corey’s leadership was especially timely given the rebuilding necessary after Superstorm Sandy devastated the New Jersey coastline in October 2012. Corey has also been active with his alma mater Rutgers University’s Center for Real Estate, whose goal is to get today’s students interested in homebuilding and real estate careers.

Corey’s outstanding community service was also recognized as part of the ‘Forty Under Forty’ honor. An avid runner, he completed the New York City Marathon last November in 3 hours and 46 minutes as part of the team for the charity JAR of Hope. More importantly, he raised just over $23,000 on behalf of the organization, far in excess of his $5,000 fundraising goal.

So far in his career Corey has been responsible for the sourcing and contracting of projects totaling more than 4,000 homes.

We asked Corey to share what about his job in Land Acquisition is challenging, sometimes frustrating, but ultimately satisfying. Here’s what he had to say:

What do you like about your role? And what do you dislike?

Every day is different and presents new exciting opportunities and challenges. Every deal we evaluate comes with its own unique features, and it’s our job to figure out how to optimize those opportunities. The most difficult challenges we face from an acquisitions front have to do with the fact that often times we’re looking for a needle in a haystack, and when we find those needles, our land sellers might be completely unreasonable or our competition might behave irrationally. It’s a tough day sometimes when we offer to give people millions of dollars and they tell us “no thanks.”

What’s the most challenging deal you’ve worked on?

To date the most challenging deal I’ve worked on is a project we recently closed on and is under development in Florham Park, NJ. This project is a planned Del Webb community of 425 units including mid-rise condominiums, townhomes and single family homes. Florham Park is a highly prestigious submarket and our Del Webb project will include significant amenities while also being locally convenient/commutable to recreational, cultural, entertainment and employment centers.

The project was challenging for a number of reasons. It was originally in contract to Hovnanian in the early 2000’s before they were forced to terminate their contract as the economy headed into recession. I started campaigning with the land seller (Rockefeller Group) to give us an opportunity to work with them in 2007. It took the better part of 6 years before they would engage with me in any meaningful negotiation. From there, it then took a few years to finalize an agreement of sale, followed by many more years of challenging due diligence, environmental investigation/remediation, entitlement work with the regulatory agencies and necessary renegotiations with Rockefeller along the way. That said, we all have long believed (and still do) that this is one of the most highly coveted pieces of property in New Jersey and cannot wait to bring it to market.

What about your job gives you the greatest sense of satisfaction?

It has always been seeing finished, mature communities with families that chose to move in to these neighborhoods because they recognized the same attributes to it that we did when chose to put the land under contract. Seeing a piece of property and believing that it can be repurposed for something better, and then having the market agree with you always gives our team a great amount of pride in what we do.

U.S. Army Sgt. Efferim Tillman recently received a life-changing surprise! Our Minnesota team broke the news that he and his fiancee, Army Spc. Jessica Poplin, and their children will be receiving a new mortgage-free home in Prior Lake. Check out the photos from the surprise groundbreaking event and stay tuned as we follow their journey

The Northeast Corridor Division recently surprised USMC Lance Corporal Matthew Benny and his son Mathius with the news that they'll be receiving a new mortgage-free home at Link at Wesmont Station in Wood-Ridge, NJ. Adding an extra surprise on top of the big news, Matthew’s best friend Christian, who he served with, flew up from