What’s a minute of someone’s time and attention worth to you?

A recent e-mail from the Mid-Atlantic Division relates a story that illustrates the power of the personal touch – and the impact it can have on our business. It involves a Virginia couple, Elsie and Robert Zekas, who bought a Centex home several years ago, and have just purchased a Del Webb home in the same area. The couple are both hearing-impaired. When they arrived for their pre-construction meeting they had an unexpected reunion with their Field Manager, Scott Moss. Scott built a home for the Zekases in another community several years back. 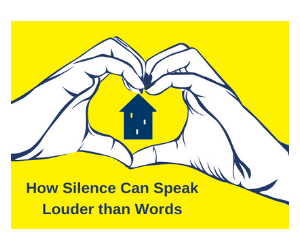 To keep you on the edge of your seat, I’m not going to give away any spoilers about the nature of their reunion until the end. But until then, let me relate something I learned from Malcolm Gladwell’s book Blink that illustrates the power of personal connection. You’ll understand why I think it speaks directly to how we at PulteGroup treat customers, and why even a small investment of time and attention is worth the effort.

In Blink, Gladwell looks at how we make decisions using our intuition and emotions in a very short period of time. He cites research that looked at the way doctors talk to their patients and the rates at which they are sued for malpractice. Here’s the kicker: the risk of being sued has less to do with how many mistakes a doctor makes, but rather whether the doctor has a good bedside manner – or not.

“What comes up again and again in malpractice cases is that patients say they were rushed or ignored or treated poorly,” says Gladwell.

That brings us back to the Zekases and Scott Moss. Prior to their pre- 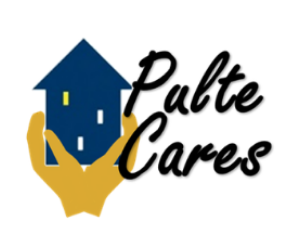 construction meeting, Scott learned how to sign “I am happy to see you again.” That’s amazing in and of itself. But it gets even better. Because when the Zekases walked into the room and saw Scott for the first time since building their Centex home years earlier — before he even had a chance to “greet” them — Mrs. Zekas was hugging him and letting him know how happy they were that he would be building their Del Webb home.

There is real power in paying attention to things that matter to customers and doing small things to show that you care. Scott’s investment of time and attention then – and now – paid huge dividends in the form of a satisfied, and repeat, customer. Small gestures don’t cost money and don’t take a lot of time.  They don’t even have to be said out loud. But they are remembered.

Please let us know what you think about Scott’s gestures for his customers in the comments here! Also please share customer care stories. I’d love to hear from you below!