With Bill Pulte’s passing, our industry has lost one of its pioneers; a true icon in the history of production homebuilding. I don’t think it’s hyperbole to suggest that if there were a Mount Rushmore of this industry’s greats, Bill’s likeness would be on the short list for inclusion. I met Bill only a handful of times over my career, including just last year, but I knew he was a very special individual and I can certainly see and feel his impact throughout this organization.   From our focus on the customer and the quality of homes we want to build to how we treat people and a desire to do what is right, these are all roots from the seeds Bill planted.

When I think about how Bill started this company, I can’t help but to shake my head in awe. An 18-year old Bill decides to forgo a college scholarship to pursue a dream. He accepts a building lot from his aunt, buys a $2.00 house plan from the Detroit Free Press, asks for tools as high school graduation gifts, and recruits a few teenage buddies to help him build his first home. The rest, as they say, is history. 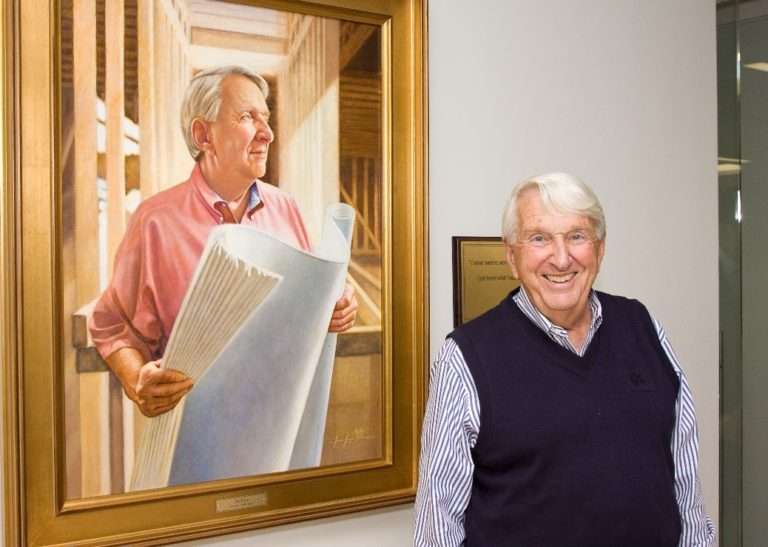 With Bill’s death, I have considered this story and wondered if I could have done the same at that age. The courage of conviction and the belief in one’s self that such a path requires is something to be appreciated. Maybe such risk taking was just youthful exuberance, but even for a teenager the willingness to take on such a challenge is exceptional. Can you imagine your teenager coming home to say, “I am turning down a scholarship and skipping college so I can <fill in the blank>.” I don’t know about you, but if one of my boys approached me on this subject, they would have to be fully committed and passionately persuasive. And even then, I would probably still say go to college and then we’ll see.

Bill may have passed from this earth, but his spirit is woven into the very fabric of our company and its culture. The stories of Bill are as varied and colorful as the sweaters he was so fond of wearing. If you have a favorite Bill Pulte story to share, I am sure we would all appreciate hearing it in the comments below.