A Minute with Marshall: I Need One Asus Maximus IX Hero, Please

If you read an earlier blog post about skiing, you’ll know that I have three sons.  They are all very cool and each has his own style and areas of interest. 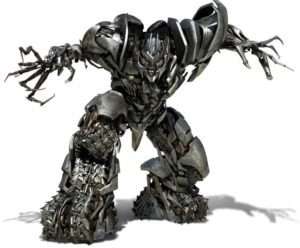 My son Adam approached me recently about wanting to build his own computer. Yes, I said build, not buy.  Now, I love technology and would consider myself an early adopter and pretty tech savvy, but the idea of actually building a computer is well past anything I would consider. Moreover, I could easily envision the project scattered across his room, soon forgotten and left to be cleaned up by me or my wife. That, or I saw the project ending with lots of tears and frustration.  I was fully prepared to say no and suggest that we buy one instead, but his interest and passion for this project was way too obvious to be ignored.  Instead, my son and I were soon in the car and heading to a local computer store.

Now this store was no Best Buy.  This was a true geek-shop where you started with a computer box and then had to acquire every chip, motherboard, slot, fan, power supply…you get the idea.  I watched as my son conversed with the sales person in a language that sounded a little like English, but was technically well beyond my ability to understand. He had spent months researching and studying exactly what he wanted and how all of the parts would work together.  About $600 (his money) later, we exited the store with a box that looked like Megatron had been disassembled and shoved in the cardboard confines.

Adam built his computer by himself, which was enough to blow my mind, but when he turned it on and the flashing “C” prompt came up on the monitor…how many of you know about DOS…, I realized he then had to program the unit and load the operating system because none of that was included. You guessed it, he figured that part as well.  Needless to say, I was really proud of Adam, but that’s not the point of this story.  Watching this entire project play out, I want to share with you a few things I learned from my 13-year-old son: